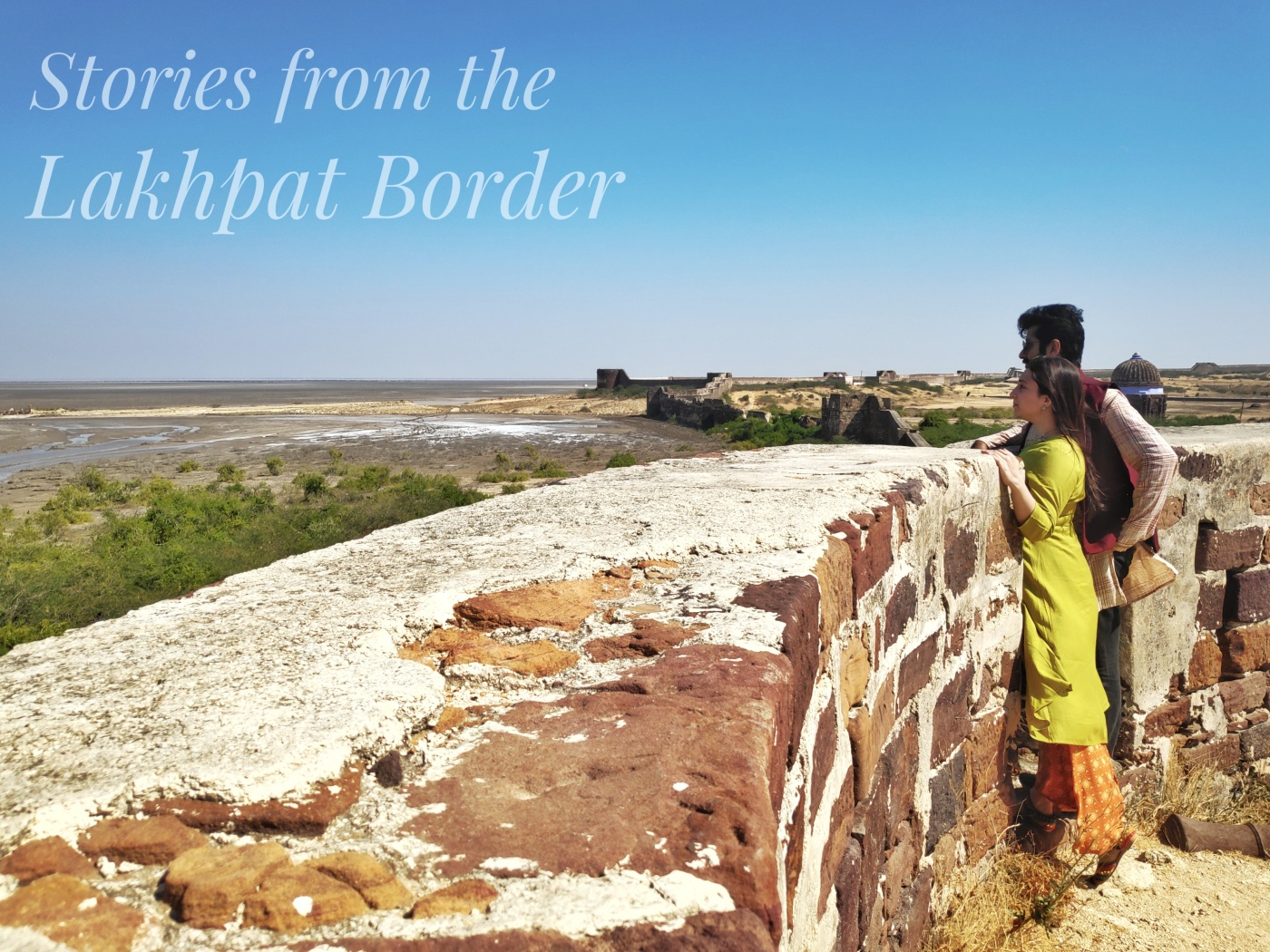 Click here for a detailed itinerary of Kutch, Gujarat

Once a glorious port town and now a mere shadow of its glory days….

Standing vast and tall at the Kutch border of India, Lakhpat Fort in Gujarat deserves a special story which we have tried to capture through photos and video snippets along with our usual weaving of words.

Our hunt of Lakhpat’s history took us on an incredible drive inside the Lakhpat Fort (yes, it’s so vast that you can actually drive around inside it!) We explored the corners and towers of Lakhpat Fort, ventured into dilapidated structures and traversed in over grown gardens to discover some absolute gems of the past.

If you love to delve into history as much as we do, Lakhpat deserves to be part of your Kutch itinerary.

It’s All In The Name!

Lakhpat was a thriving port town under the leadership of Rao Lakhaji, trading with East Africa, countries in the Persian Gulf and Sindh province. In fact, the residents of the town were so well to do that the town possibly came to be named as Lakhpat because of the number of “Lakhpati” residents.

The Fort is currently under military surveillance because of its proximity to the Pakistan Border. We had a quick word with the military official posted on one of the watch towers and could spot an outpost in the midst of the great, vast white desert.

This port town housed many wealthy families. One in particular among them stands out. The Akbani family not only had surplus wealth but were kind-hearted too. During times of testing weather, they were known to provide food and shelter to the less privileged residents of the town. Their house may still be one of the grandest ruins, yet it is stories of their goodwill that live on to this day, long after their house has dilapidated and they have passed away.

Many great saints and seers, too, made this town their home. The Dargah of Hazrat Sayed Pir Shah Abu Turan Qadri and Tomb of Pir Ghous Muhammad are housed in Lakhpat. Enroute his journey to Mecca, the great Sikh Guru – Guru Nanak broke his journey in Lakhpat. The town now houses a beautiful, simple, Gurudwara that tends to pilgrims and travelers alike.

But where there is immense glory, destruction is bound to cast its shadow some day. Rao Lakhaji’s Military commander invaded the settlement of the Bhatias and built the massive Lakhpat Fort from that loot. But karma happened and the very Port he wanted all for himself, dried out. A massive earthquake changed the course of the Indus river and the fate of Lakhpat, forever. An abundant town, was now devoid of its livelihood. It took years to come back to it’s trading glory.

But the partition of India and Pakistan put an end to all trade and to the cultural ties that Kutch and Sindh once bore. The trading port was turned into a border post, the free flowing trade was replaced by monitored movements and the residents of the town left in hopes of a better tomorrow.

The border town of Lakhpat now bears a forlorn look. Rusty sign boards re-tell stories of the past and the locals act as tourist guides for the few who venture this side.

The refurbished Lakhpat Dargah and some renovation work we saw around the Fort gives us and the locals some hope of a future tourist attraction being planned. A revival of the structures, formal tourist guides and opportunities of home stays could definitely uplift the town.

If you liked our discovery and story style, share it with your loved ones and drop us a comment 🙂

5 thoughts on “Lakhpat, The Forgotten Fort Town of Gujarat”