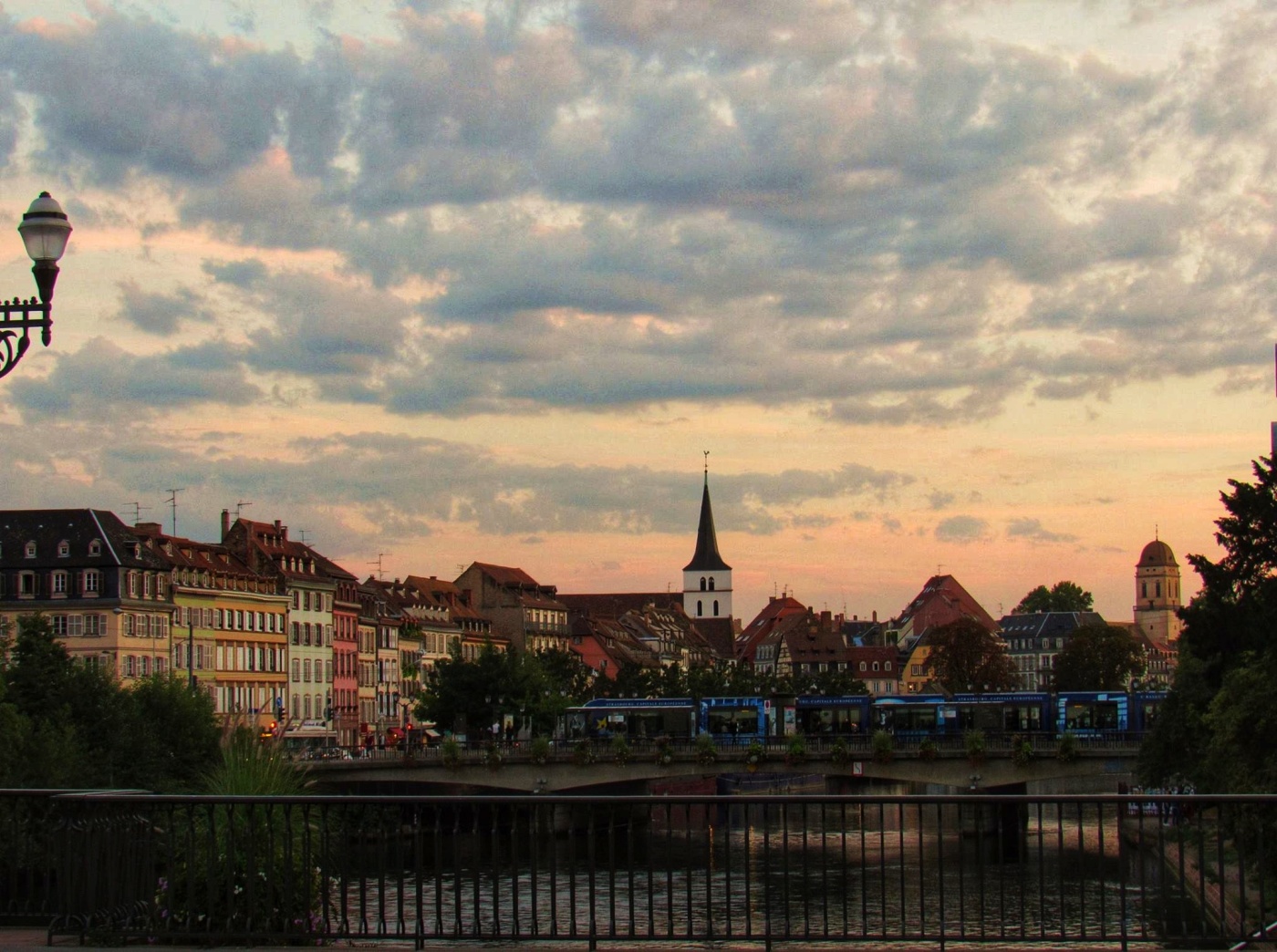 Ever dream of visiting those beautiful European towns with colourful houses and quaint local bakeries? Fairy-tale cobbled streets with history behind the town’s old buildings?

Then Alsace is the answer to all your European backpacking dreams.

My first solo backpacking trip in a country where I don’t speak or read the local language, roaming the lesser known towns, taking local transport, bargaining at village markets. Oh, what an experience!

This beautiful city with a mix of French and German history was a treasure for the geek in me.

As a lawyer with an international bank and knowing that a lot of EU offices were headquartered here, I just had to go visit that part of Strasbourg. The owner of the hotel I stayed at said I could walk around for about 45 mins and cover that side of the city. Instead, I ended up spending a whole 3 hours!

I passed some beautiful architecture as I walked through the German part of Strasbourg- the Palais du Rhin, an imperial palace with Prussian architecture, National University Library and the National Theatre which were both housed in such classical buildings and a host of consulate buildings. Although, as a traveller I prefer walking, this part of town is modern, with connectivity by buses and trams. The office going people are all busy in their lives and it less frequented by tourists. I barely think anyone ever stops to admire these buildings they pass each day. I too landed up on this side just to see the EU official buildings, but ended up seeing so much more.

I finally made it to the part of town that houses these official EU buildings. The joy was personal and I’m not sure how many people would share it, but for me, it was quite something. As it was already late evening, I decided to take the bus back and while in the bus, I struggled to explain to the driver that I didn’t have a pass and needed a ticket. When I waved money at him he refused to charge me saying that they don’t issue change. From the 5 minute conversation we had in our limited understanding of each other’s languages, he directed me to my hotel from the stop saying “don’t go right or left” which I gathered as ‘go straight’!

That evening I witnessed a spectacular show of the new age paired the olden days. On this magical night all of Strasbourg’s Old Town lights were switched off to put up a show on the facade of the Notre-Dame Cathedral. I along with so many other travellers stood awestruck! It is a must do when in Strasbourg, so be sure to check the timings with the information office at the train station. 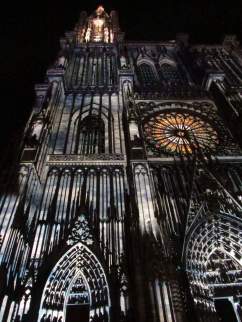 I explored the Old Town area the next day which holds its French history in all its glory. Cobbled streets running parallel to each other take you to some of the best kept historic, religious and culturally paramount buildings. You could spend a few hours or a whole day absorbing the enormity of the Palais Rohan, the Neo-romanesque style Temple Nuef  or the St. Thomas and the St. Pierre le Jeune Churches. The shops along these streets are always busy with locals and travellers alike purchasing a host of things from eatables to curios. I sat at the town square, under the shadow of the mighty Notre-Dame de Strasbourg savouring a tomato-basil crepe, wondering to myself if even in my farthest thoughts had I ever thought of being here. And I’m so glad I was!

Later in the day, I had the opportunity to join a little cultural fest of sorts happening that weekend. The Old Town’s roads were filled with pop-up shops and stalls selling old books, yummy home made food, cheeses and fresh drinks, flowers, home decor and so many pretty things. They also had street plays and musical groups and you are welcome to join in the festivities. So when a performing group called out people from the crowd to shake a leg, I joined in. I had a lot of fun dancing to salsa after a long time and still remembering the moves. We kept moving partners and tripping a bit but had the crowd cheering us anyway. It was the best 10 mins of that day. I continued exploring the market place some more and happened upon a cheese stall where I bargained for some Comte cheese which was my dinner later that night. The experience of being a local in a new place truly made me realise what it means to be part of a culture while travelling.

Saverne, House of the Vosages

I planned a day trip from Strasbourg to Saverne. I can safely say that among the people I know, no one other than me has been to this French town (which made it even more exciting). I was here on a Sunday and had arrived just as the town’s residents finished their mass. So, I had the whole Notre-dame de la Nativite, a 14th century chapel all to myself. I wandered in, enjoying the silence and appreciating the interiors. All of a sudden the Baroque organ starts playing and it felt like a scene straight out of a horror movie! I head out to the noisier and crowded town centre where I bought some fresh goodies on sale at the stall from a chatty couple. I listened on as a lady played peppy songs on the piano. I’m guessing most town residents were gathered at the centre to enjoy their Sunday. As I walked towards the Vosages mountains for a trek, I hardly saw anyone out on the roads. The one lady I did pass by walking her dog, greeted me kindly and carried on. So with GPS for company, I walked on and on, till I got to the start of the hike.

When I thought of trekking in the Vosages, I had no idea that I would be walking all alone through thick forests with random sounds of leaves rustling. I assumed that with GPS showing me a clear route to a ruined castle, I would be passing through a clearing with a visible trail. Little did I know that the hike was through a proper forest. Since I was there and had walked so long to get there, I decided to follow GPS anyway. After a 40 minute trek where I was scared to bits a bunch of times because of random sounds, I got to the Castle Haut-Barr. The view from behind the castle was well worth this scary trek! I came back down in 20 mins (ran I’d say) to get out of there. The train ride back passing beautiful towns and landscapes was a joy, especially with Mrs. Chatty’s bakes for munching.

Backpacking through Alsace was liberating, breathtaking, crazy and I enjoyed every little bit of it. I had never imagined that I would be dancing in the middle of the town with strangers or bargaining for cheese from locals without speaking their language or even hiking through forests alone! This feeling, my own exclusive experiences, I know I will hold these close all my life.

Next stop was Colmar, dreamy-dreamy Colmar! Check it out here

One thought on “Alsace, France – Experiences From My First Solo Backpacking Trip”